This year it will be 75 years ago that the international symbol of the Holocaust, concentration and extermination camp Auschwitz, was liberated. Artist Daan Roosegaarde was asked to create a special national work of art for this occasion.

The Jewish custom is to place stones to honour the deceased, not flowers. Artist Daan Roosegaarde and his team of designers have used this as an inspiration for LEVENSLICHT. By using invisible ultraviolet light, the specially developed stones with fluorescent pigments can light up every few seconds, like a breath of light. The artwork LEVENSLICHT was exhibited in Rotterdam, lighting up the banks of the river Maas. After that LEVENSLICHT was shared among more than 170 local municipalities with a Holocaust history in the Netherlands. Never before has the Holocaust been commemorated in so many places at the same time.

LEVENSLICHT provides a public place for contemplation about the Holocaust and the broader importance of freedom.

104,000 specially developed light emitting memorial rocks with light pillars and custom software. Public opening by Gerdi Verbeet, Daan Roosegaarde, Mayor of Rotterdam Aboutaleb and Secretary of State Paul Blokhuis on 16 January 2020, 19.25 at Eva Cohen-Hartogkade in Rotterdam, NL. After the opening in Rotterdam, LEVENSLICHT will be shared across 170 Dutch municipalities (full list), where it can be seen from January 22 to February 2.

For more details about the design watch De Wereld Draait Door TV interview. Especially for schools, the Jewish Cultural Quarter is developing an online learning environment that is aligned with LEVENSLICHT. 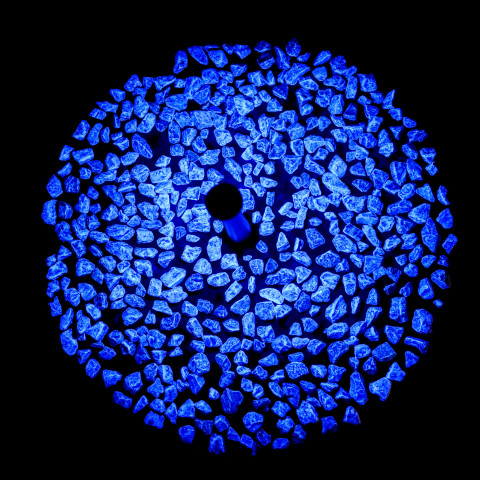